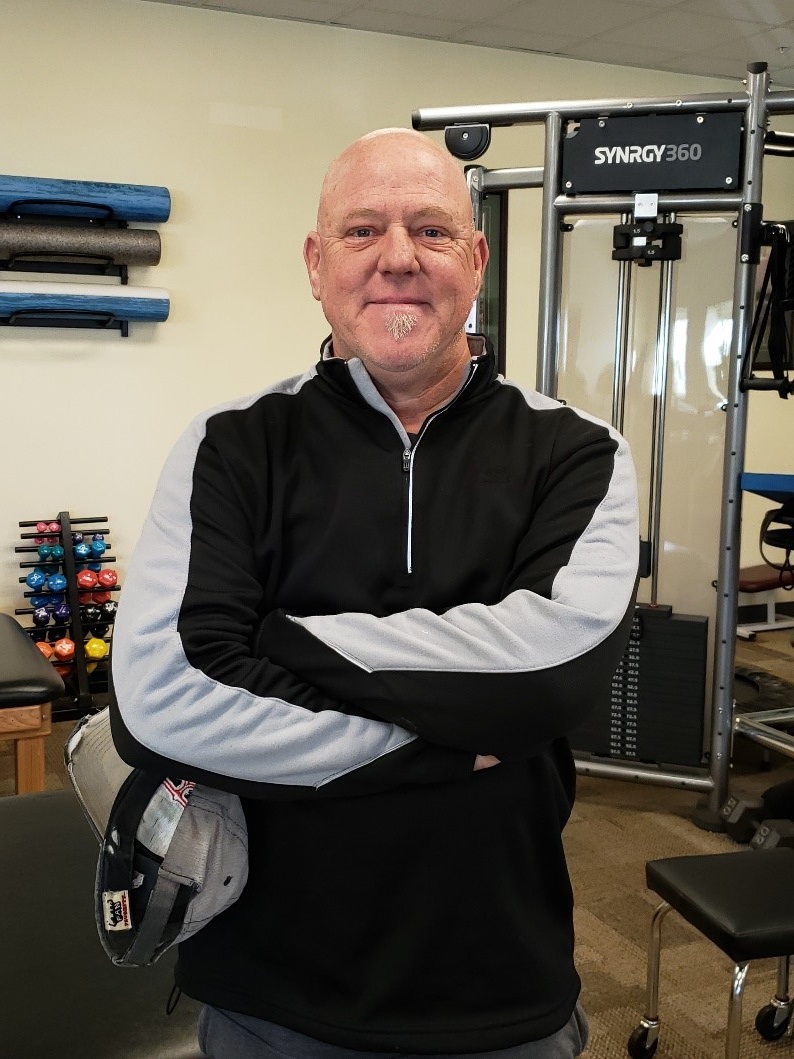 “I had lumbar pain off and on since 2000 and eventually had a discectomy L4-L5 6/17 and it never healed correctly. After being homeless, the pain became worse than before surgery. I was referred through Mountainlands Community Health Center to the Community Rehabilitation Clinic. I attended physical therapy back in February of 2017 that helped me out until, in October of 2018, I had a lumbar fusion. They told me I needed to go back to physical therapy – it was a necessity for post operation.

Foremost, I am treated with respect and dignity at the CRC. The staff of the Community Rehabilitation Clinic are personable, highly professional and involve me 100% in the entire process. While I was unable to avoid the second surgery, I have always seen progress in decreased pain levels, increased strength and increased stamina. I am allowed to keep pace and slow down if I feel pain. The CRC staff is great and laugh at my silly jokes.”